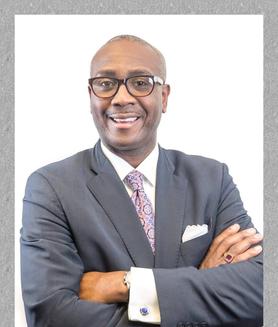 Reginald A. Wells preached his initial sermon on his 16th birthday, December 2, 1984. He was licensed at Morning Star Missionary Baptist Church in Holt, Alabama. Later, he was ordained by the Union Association in North Carolina. After high school, he enlisted in the United States Army and served in Desert Storm/Desert Shield. He earned a Bachelor of Arts Degree from Shaw University, and a Master of Divinity Degree from Shaw University Divinity School, Raleigh, NC. In May 2015, earned the Doctor of Ministry Degree in Preaching and Leadership from the United Theological Seminary in Dayton Ohio.  He began serving as Pastor of the Falling Run Missionary Baptist Church, Fayetteville, NC on February 20, 2013. He is the former Pastor for Administration/ Pastoral Care/ Governmental Concerns at the Lewis Chapel Missionary Baptist Church, Fayetteville, NC (September 2010 – March 2014). Other churches where he has served as Pastor include: Leach Springs of Raeford (March 1990 – December 1992) and New Christian Chapel of Rose Hill (December 1992 – August 2010) and led the congregation in the construction of a new facility. In addition, he has served as special assistant for Religious Affairs for Governor Beverly Purdue.